If you can get past the momma jokes, here’s another singing scene I love from the move REMEMBER THE TITANS. Especially Ryan Gosling acting like the whitest guy in the room!

I often wonder how it was that a young girl like herself could have had such profound thoughts. Her mark on the world is far more reaching than that of her murderers.

One of my favorite movie quotes from the movie P.S. I Love you with Hillary swank and Gerard (swoon!) Butler, because it describes being a creative person so fantastically! 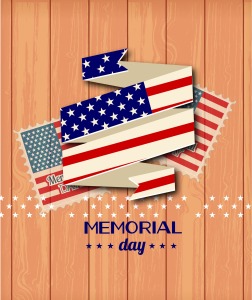 No big post today. I only ask that on this day you take the time between grilling out and beach going to remember it isn’t an extra day off just because. Today is for remembering those who did a job most of us never want to do. A job most of us probably couldn’t do. Some lost their lives in conflicts thousands of miles from home, and some returned forever scarred whether you can see the wound or not. Remember the fallen, the injured, the brave, the selfless. Remember our soldiers.

And because I can’t resist a competition, especially when I have a manuscript and query just waiting to be entered, I put my name into The Writer’s Voice 2015 Rafflecopter annnnnd . . . I was selected!

At sixteen, Nona’s best friends are a mannequin named Frank and a Ruger 9mm. That’s all she has left since a virus swept humanity from the earth. Frank’s the strong, silent type, but the Ruger keeps wild animals at bay. After two years alone in a remote Michigan town, survival is all that matters.

When a wandering band of survivors called the Community claims Nona’s deserted town, she and the Ruger tell the trespassers to get lost, but they don’t take the hint. Especially Joshua McKinnell, whose friendly banter isn’t silenced by the sight of her gun. Joshua’s grin and Nona’s need for human contact whittle her resistance, and before she knows it, Nona has a friend. The Ruger remains strapped to her leg—old habits die hard—but poor Frank’s abandoned to a run-down diner. He was never much of a conversationalist anyway.

Just as Nona accepts the Community, she’s captured by the American Brotherhood. They’re known for brainwashing child-soldiers and enslaving survivors, so Nona expects the worst until Will Kennedy, a friend from her past, claims her. Nona saved his life back when they first met. Of course he wouldn’t have needed saving if she hadn’t shot him first.

As Nona navigates the dangerous Brotherhood society, looking for a way to escape, she discovers Will has been finding good homes for survivors and requesting kids be assigned to his unit, all to protect the innocent. Friends don’t hold friends hostage, but Nona can’t help liking Will, though she’s terrified of the rush she feels whenever he’s near.

Before Nona can decipher her heart, Will and the Brotherhood are ordered to lay siege to the Community’s stronghold. This is one situation the Ruger can’t help. Nona must convince both sides to back down before full-scale fighting breaks out. If that fails, she’ll need all her survival skills to protect Joshua and Will, the friends she never meant to make.

I Have No Name (96,000 words) is a YA Post-Apocalyptic novel that fits between the stark, grittiness of Mindy McGinnis’s Not a Drop to Drink and the commercial appeal of Demitria Lunetta’s In the After. It follows a girl emotionally crippled by loss, as she slowly realizes there is more to life than just survival.

Thank you for your time and consideration. I look forward to hearing from you.

I watch them stroll down Main Street through the scope of my Winchester. Maybe men, maybe boys. Too hard to tell from here. There are two of them, and they wade through weeds and saplings clawing through the crumbling pavement, their boots crunching on broken bits of glass and brick and asphalt. A brown bottle passes between them, and they take long sips, laughing and talking, though they’re too far away to make out words.

The sun burns my back as I hide behind the metal sign above the diner, barrel of my gun resting in the crook of the rusty “N.” I don’t think they’ll see me. Not unless they look hard, and they aren’t. Too interested in that bottle.

Sweat prickles my skin, and I wipe slick palms on my cargo pants. This stifling August heat doesn’t help, but that’s not why I’m flush and sweaty. Or why my heart beats like a trapped rabbit’s. Haven’t seen another living soul in two years, not since the Black Flu took the last ones. Part of me wants to run down the street screaming for joy, but mostly I want them to go away.

Aching muscles protest my vigil and I glance at my watch, inherited from Dad. Wide leather cuff and big silver face inset with moon and stars. Shifting my weight, broken glass from long-gone marquee lights grinds under me, so I stop. My heart stops too. I can’t be heard. Dad warned me about men, and what they’ll do to women.

And if you’d like to take a look at the other entries, you can find the full list (all 200!) and links here! Good luck to all my fellow entrants!

. . . in a previous life, and the one before, and the one before, I was a writer. Ones who never achieved their dreams. Ones who were never able to share their words, be heard, experience the joy of bringing something to the life of another. And the torch has been passed to me, burning inside with the desire of lives, upon lives, upon lives, to bring those words into the open so they may be felt and tasted, rolled around the brain like a precious gem in nimble fingers. If I give this up, then I will let those that came before me down.

. . . somewhere out there, there’s someone whose life will be changed if I share my words. I don’t really write the kind of profound stories that change lives, but it could happen. There are a number of books that have changed my life, some deep thinking, others not. And their sagacity, or lack of it, wasn’t requisite to the change. Harry Potter had a far more reaching effect on my life than some of the more serious literary novels I have read. And by stepping aside, leaving the stories and the characters locked in my head, I have deprived that reader of an experience that may affect them for the better. I have let them down.

. . . instead of the negligent mother I think my children see, they see a woman working for her dreams. Reading, writing, building a social media presence, and still finding time to be a mother, a wife, a sister, a daughter. And I give up, throw in the towel because it’s too much, and they see that. And it affects them. They spend their lives maybe never going quite far enough to reach their goals, never putting in as much effort as they could, and thinking, “It’s okay. Mom gave up too. There’s no reason to kill myself with effort. It’s just a dream.” And by not sharing my words, I kill my dream, and then kill their dreams too. And I’ve let them down.

. . . all the time and money and effort I have put into this dream was for nothing. My husband has supported me through it all, working a full time job while I stayed at home with our children. But that wasn’t all. He supports me taking the children to daycare two days a week so I can write. He supports me spending my every waking minute squeezing between laundry and dinner and family, time to blog and write and read. He supports the books and the computer I drag along on vacations, and the endless discussions of how to survive in the wild or build a solar panel or what to name a science fiction vehicle. He paid for my computer, the daycare, the books I read . . . and never complains. Not once. And if I give up before I have shared my words, I have let him down.

. . . I shut it all down: the dreams, the stories, the wanting of it all. The characters who live inside me, their lives an intricate spider’s web that should be weaved into the fabric of our world, if I only share my words. What if I give up, forget the hard work I have put in, and concentrate on my family and living? There is benefit in that, yes, but if I kill that part of me that dreams, not only of the life I want, but the life I want to give my characters, and what I want to share with others, what happens then? And I look back, many years from now, when life is ending, and I know that there were lives inside that should have been lived through the pages of a book, but I didn’t want the struggle. I will see that I gave up too soon. I didn’t give all that I could have given to make my dreams a reality. And it’s not about the dream coming true, but the effort you put into it. Was it enough? Did I do all I could do? Did I let myself down?

Seriously, I can’t watch this without smiling! One of my favorite scenes from a movie ever!

My Tweets
Jennifer Austin – Author
Create a free website or blog at WordPress.com.